Some classic jokes about the gaming industry in Southeast Asia 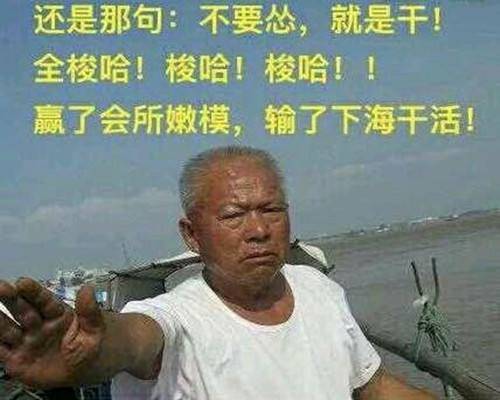 Gambling and fraud can foster a self-inflating interest group with an independent life. At the highest level, this group has won over local elites, implemented a series of policies that are beneficial to itself, sucked blood from Chinese gamblers, expanded their living space fatly, and replicated itself layer by layer.

The gambling industry is a black hole full of temptations to make quick money and a bottomless black hole. People, endless greed, will be swallowed by this black hole.

Many people are puzzled why so many people go down without hesitation knowing that gambling is harmful to the family and life. Because of human nature, human desire is always greedy.

People who have won money in gambling will tell you that gambling can win money for a long time, as long as you don't be too greedy, you will eventually win big money. But in the end, how many restrained their "greed"? Winning gamblers are, after all, a minority.

The unspoken rule of "killing pigs": I can give you sweets, but in the end, I will make you suffer. I have not succeeded, but I have more than failed. I just want you to go bankrupt and let you pay for it obediently. As for whether the victim jumped off the building or did something after being deceived, the uneasiness of conscience was finally diluted by the generous income.

Everyone wants to try their best to make a profit before the final retaliation comes. Anyway, if they don't make money, they have to make money. Anyway, it is difficult for the Chinese government to have a long-arm jurisdiction. Anyway, what you get is what you get, not to mention good and evil in the end, most of the gaming bosses are better than you. Their crimes abroad are monstrous, and if they change their domestic identities, they may become prestigious philanthropists in the village.

For those gaming bosses, it's either a night of heaven or a night of hell. The violence and huge profits of gambling are beyond the imagination of most people.

Many big bosses have lingering fears after seeing the news that the domestic police have chartered planes to bring people back from Southeast Asia, but they will recruit again soon and continue to deceive people.

In fact, the anxiety of growing spinach is largely diluted by recharging one after another.

The small vegetable farmers were so tired and homesick that they couldn’t say anything during the annual leave, but they finally set foot on the flight abroad.

Even if the current epidemic situation is serious, some people still find ways to smuggle to Southeast Asia to "grow vegetables". Most of the people who have eaten this meal will have a hard time changing careers in this life. After all, it is really hard to have the opportunity to make so much money in this life. If I don't come out, my wife and children in my hometown, mortgage... Everywhere I ask for money, I can only give it a try.

Those who never admit defeat are "good prey"!

No matter how hard the Chinese government cracks down, the road is one foot high and the devil is one foot high. Gaming practitioners have a unified and rigorous professional approach.

Winning the clubhouse tender model, losing and continuing to grow vegetables, this sentence is also the current living situation of people working in Southeast Asia.

Many people tell themselves that gambling is not cheating, that gamblers are self-inflicted and cannot live, but they don't think about the sin of being a big guy who plays the role of a female Jiao'e behind the screen, pulling others down to the abyss step by step.

-->>：How to make money with sports betting