Most two days, a "Macau gambling treasure winner of nearly ten million"The news tempt the appetite gossip netizens. In fact, whether the winner is Ge Xu Zheng, or Chen Tao-ming, who is also only a world-renowned Chinese gamblers a regular army.

Under China's betting industry has not been legalized background, overseas Gambling China has become an important way for gamblers. Asian countries, as the Chinese guests as "Treasurer", tried soliciting style all their own, but also to the Chinese guests forthright Casino Lucrative. 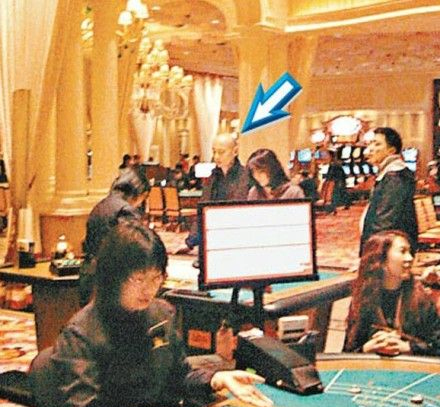 In the context of the global economic downturn, "China Power" without leaving the betting industry has become one of the few industries around the macro cycle.

Although the focus of the market has focused on the contribution of overseas Chinese gamblers, but according to Lottery Executive Director of the Institute of Peking University, Wang Xue Hong estimate, China's illegal gambling income, or up to $ 146 billion, called the world's largest invisible betting market. But as the largest exporter of gambling tourists, China has no hope of short-term open gambling industry.

"Hainan popular as a tourist city, there are many hotels, but entertainment projects rarely, if China open the gambling industry, Hainan is the best option, but little chance in the short term, if open may have to wait 10 years, or 20 years later. "CLSA betting analyst RichardHuang Tencent Finance said in an access, but according to his expedition found in Sanya, local entertainment activities now have similar legal gambling, but gambling is not money, but small concessions coupons, coupons can be used to redeem the hotel's services.

Chinese gamblers gambling in the country failed to achieve the aspirations, only to run overseas, according to the London-based betting consulting firm H2GamingCapital estimates that full-year 2013, overseas Chinese gamblers lost a total of $ 76 billion, ranking second in the world, second only to the $ 119 billion US gamblers, as early as in 2000, even ranking Chinese gamblers have not yet entered the top ten.

Chinese gamblers profit from offshore gambling in Macau is most critical. Steady stream of Chinese travelers to Macau betting revenue to new heights in recent years, and in 2006 the United States has overtaken Las Vegas as the world's number one Casino Macau Statistics and Census Service latest data show that in 2013 the whole year, a total of 29,324,800 passengers travel to Macao, where 63.53 percent of Chinese tourists.

In the contribution of the Chinese gamblers, the 2013 full year, the area of ​​just 30 square kilometers were recorded in Macau betting revenue 360.749 billion patacas (about 45.2 billion US dollars), an increase of 18.6% over the previous year. This amount is equivalent to the United States Nevada gambling industry's most advanced betting revenue last year, 10.396 billion US dollars of 4.35 times, while Nevada is 10 times the area of ​​Macau, about 284 square kilometers.

Macau consists of three parts, including the Macao Peninsula, Taipa Island and Coloane, Cotai reclamation area will Taipa and Coloane as a single entity. Currently, Macau's casinos are mainly concentrated in the Macao Peninsula, but with respect to Chinese gamblers army has grown, Macao Peninsula has been significantly more than a little crowded, SJM, Galaxy and Sands Gaming company We have long set their sights on the open Cotai, each of the new casino will be completed in the next few years in succession.

In the betting industry, attracted by huge returns, many Asian countries have begun to focus on the development of the betting industry in recent years, including Da Nang in Vietnam, Manila Bay, Jeju Island, Korea, Russia, Vladivostok, including a number of cities and regions have launched against the industry preferential policies, while gamblers from China has become the default focus in these areas casinos attract objects.

In Cambodia, for example, the 2013 full year, international tourists in Cambodia amounted to 4.2 million people, including 460,000 visitors from China. NAGACORP gambling revenue last year in the Cambodian capital Phnom Penh, run casino-year increase of 25% from China Gamblers who contributed to the company's president Li Qiang recently more loudly chanting in Hong Kong public:. "!!!. China China China China is the most important goal of the guests."

"Currently, gambling is still not allowed in the mainland to promote in order to attract Chinese gamblers, NAGACORP plans to work with travel agencies, opening the mainland city charter flights between Phnom Penh, by increasing the number of passengers and boost the casino business. In addition, also by Macau VIP junkets presentation, the guests will be received by a special flight to Phnom Penh. "Zeng Li Qiang said. At present, in cooperation with the mainland travel agencies to attract guests and introduced by intermediaries Macau VIP gambler is to win over Chinese gamblers Asian countries Methods.

In addition to the countries mentioned above, Abe Japanese government since last year has begun to promote the legalization of gambling. CLSA expects Japan to legalize gambling is expected to be adopted this year, the first casino or will be completed in 2021 in Tokyo, Osaka and Okinawa will be allowed in the column, the Japanese betting industry will reach $ 10 billion. because Japan is closer to northern China, once the gambling industry and opening up, a large part of Japan will split the Chinese guests, to become Asia's betting market "spoiler."

In gambler dollars, the United States is the world's largest betting market .H2GamingCapital statistics in a report noted that about a quarter of global gamblers US residents. American Gaming Association (AmericanGamingAssociation) data show that the United States 23 states have legal casino, in 2012 the United States casino gambling revenue was $ 37.37 billion, 33.2 million people in the betting industry, a total of $ 8.6 billion to pay taxes.

Despite the higher participation rates of Americans gambling, but gambling is not high per capita earnings casino obtained from a single American guests who are much lower than the Chinese guests, which caused the nation's betting revenues are less than the one in Macau.

2012 full year, Macau's betting revenue as high as $ 38.112 billion. Do not want to miss the opportunity to profit from the Chinese guests gamble, the major betting companies in the United States after the 2002 Macau Macau gambling industry open already get together, have a share by market capitalization calculations, the United States has been the top three betting companies have branches in Macao, such as Sands (LasVegasSands) subsidiary Sands China, Wynn Resorts (WynnResorts) a subsidiary of Wynn Macau, and MGM (MGMResorts) and daughter of Stanley Ho Pansy Ho joint venture of MGM China.

CLSA said in a report that "Macao supporting transport infrastructure will gradually be completed, together with the opening of new casinos, gambling in Macao will continue to flourish long-term, the next five years, Macau's betting revenue will double from the current 450 billion US dollars to 91 billion US dollars. "