As sports betting hits the big league, the NHL playoffs are starting to look like Hockey Night at the Casino 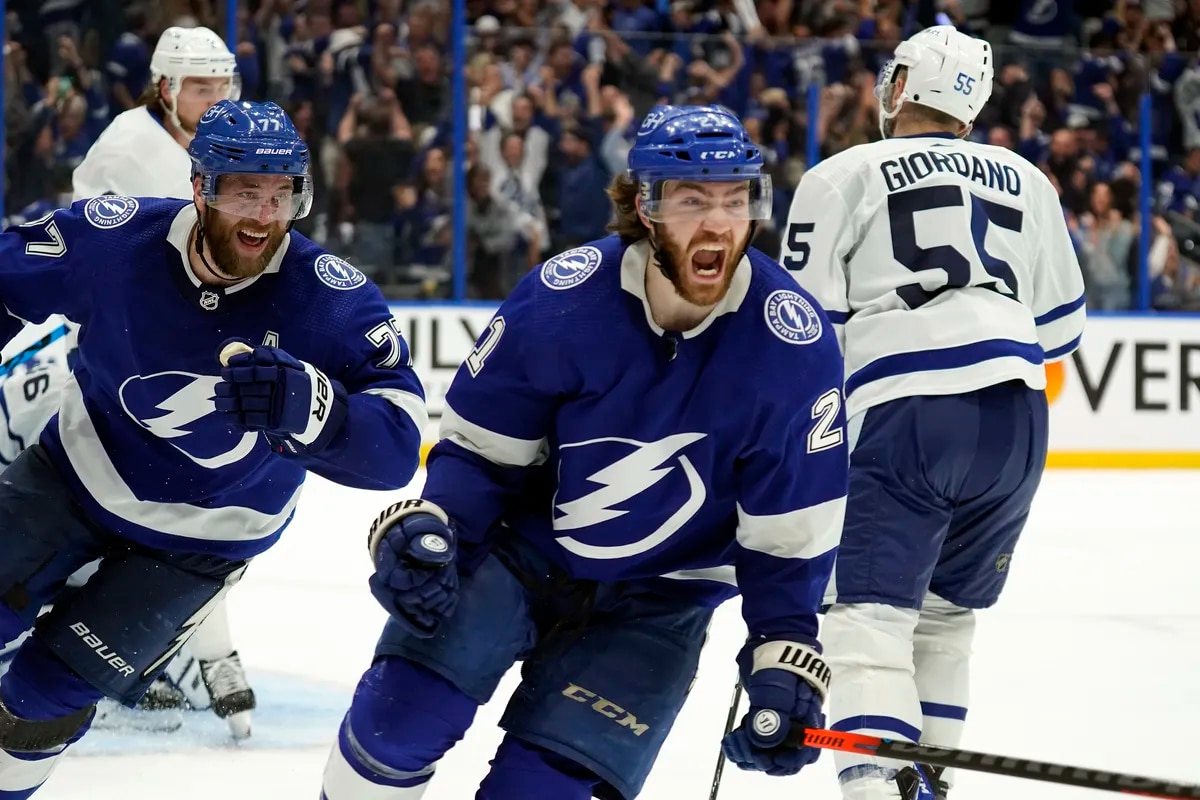 There is nothing quite like the opening rounds of the Stanley Cup playoffs.

Games every night, great hockey – goaltending at times excepted – and fans are annually thrilled and annoyed at the same time.

The annoyance is usually about the officiating, as the referees switch from their regular-season rule book to a book that has never been printed.

This spring, however, there is a new annoyance never before seen. Hockey Night in Canada appears to have morphed into Hockey Night at the Casino.

With every ad seemingly about betting, long-time hockey writer Jim Matheson of Edmonton tweeted out this week that, “I long for the same Tim Hortons commercial over and over.”

Count me and millions of others with you, Jim.

And it’s not just the commercials. Sportsnet now has a programmed segment, SN Bets, that is intended to teach viewers more about the subtleties of betting on more than just the game – bets on shots, bets on who scores first, bets between periods, bets on how many annoying betting ads will run before the final buzzer.

“We don’t want to hit people over the head,” Sam Nasrawi, senior director of content for Sportsnet, told Steve McAllister of The Parleh, a sports weekly newsletter. “Our market isn’t hardcore bettors. This is an opportunity to reach out to sports fans and slowly educate them on betting.

“Our approach will be very light. We know we’re hitting a very big audience that may not like betting … or may not know much about it.”

Once the door opened to legalized online betting, sports broadcasts exploded with advertising for various betting platforms known as sportsbooks. Canada has come a long way from when bettors sought out illegal Irish Sweepstakes tickets.

Zweig says that betting on hockey is far from new. Even before the formation of the NHL in 1917 fans would openly bet in the stands.

In February of 1915, newspapers across the country reported on an attempt to bribe two members of the Quebec Bulldogs before a game against the Toronto Shamrocks. Bulldogs star Harry Mummery was apparently offered $1,000 to throw the game, while the team trainer had been offered $50 to spike the drinks of certain players. Both refused.

Zweig will be bringing out a new book this fall, Hockey Hall of Fame: True Stories, which will include the NHL’s 1946 suspension of Babe Pratt, the Toronto Maple Leafs defenceman who, two seasons earlier, had been awarded the Hart Trophy as the league’s MVP. The following season he scored the winning goal in the Stanley Cup final.

Pratt was a superstar, but also a gambler. When the league caught him, NHL president Red Dutton expelled him. There was no proof that he had bet against his own team and, just over two weeks later, the suspension was lifted and Pratt returned to the Toronto blueline.

In 1948, two members of the Boston Bruins, Billy Taylor and Don Gallinger, were given lifetime suspensions after it was learned that they had been feeding inside information on injuries and lineup changes to gamblers and had themselves been betting on their own games. These lifetime suspensions were also lifted, but not until 1970, long after Taylor and Gallinger had left the game. Gallinger spent the rest of his sad life vainly trying to clear his name.

Hockey, Zweig cautions, has nothing to compare to, say, baseball’s gambling past, when eight members of the Chicago White Sox were banned in 1919 for conspiring with gamblers to fix games. Pete Rose, of course, has been denied a place in Cooperstown because of his 2004 admission that he bet on games, including his own Cincinnati Reds.

Football also has had serious gambling issues, most famously when NFL commissioner Pete Rozelle suspended two of the game’s biggest stars, Paul Hornung of the Green Bay Packers and Alex Karras of the Detroit Lions, for gambling on games and associating with known gamblers. “I did wrong,” Hornung said. “I should be penalized.” Less than a year later, both were back.

All this, of course, was decades before free casino websites – “training wheels” for the action to come – and the incredible onslaught of advertising we are witnessing during these early playoff rounds.

Toronto-based filmmaker and sports fan Stuart Henderson called the ads “relentless” on Twitter this week and claimed, “My kids love watching sports but now they keep talking about how they can’t wait till they’re old enough to bet online. This sucks, man. Sportsnet, what’s going on here?”

Henderson’s 13-year-old even asked his father if he could set up an account for him so that he could at least try betting.

“The ads are wall-to-wall,” Henderson says, “which at first caused them to be curious, but then caused them to lament that they weren’t allowed to do it. I get it – the ads make it look fun, like a video game. It seems cool, and the substance of the ads is ‘Don’t want to be left out? Bet with our sportsbook.’”

“I’m not a prude,” says Zweig, the hockey historian. “I don’t want to stop people gambling on sports if they get enjoyment from it – but it’s not for me.

“I’ve heard people say, mostly in terms of football, that they can’t even watch a game if they don’t have a little action riding on it.